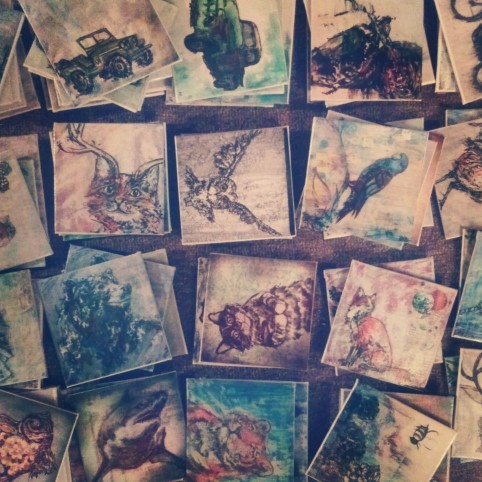 Christina Loraine took the long road to Art and took some notes along the way. She studied Philosophy at Western IL University, served in the Army National Guard, and enjoyed a career as an Executive Recruiter in Atlanta. In 2006 she began exhibiting her work in various Atlanta art galleries and in 2008 curated her first exhibit, married and started a family; not long after that her husband was offered a job outside of Chicago and the family of 3 moved to Illinois where Christina now works from a home studio. She stays active as an exhibiting artist in various art galleries and art festivals in the region and she’s also very active in her local community, curating exhibits and helping to organize art festivals. Christina’s work has won several awards and she was a Flying House Artist in 2012.